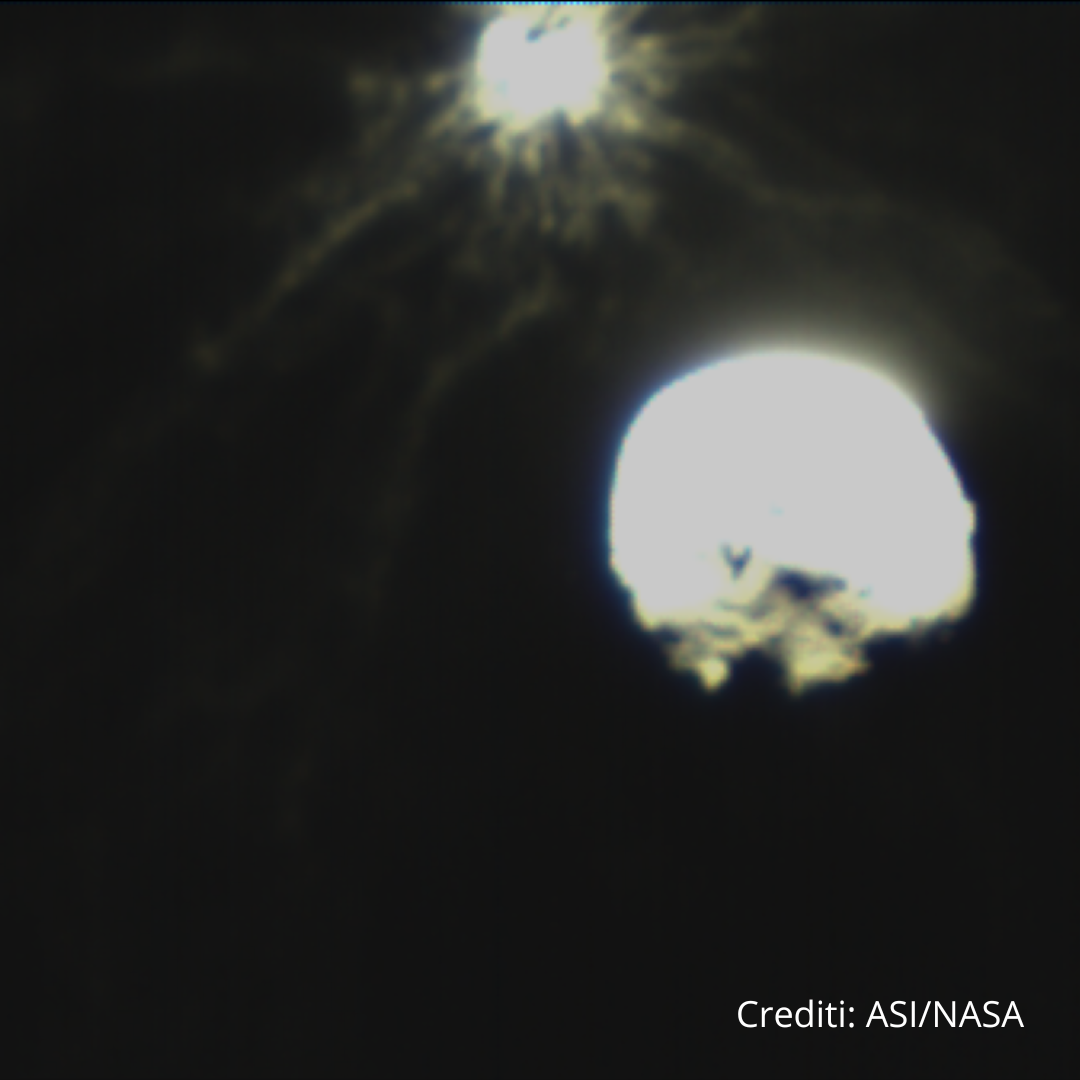 The intelligent microsatellite called LICIACube documented NASA’s successful collision with an asteroid; a similar microsatellite from Argotec is slated to be part of the Artemis I mission to the moon.

TURIN, ITALY — Sept. 30, 2022 — When NASA’s DART spacecraft successfully completed its mission to hit the asteroid Dimorphos, the closest cameras that captured the impact were on LICIACube, a miniaturised spacecraft built by Argotec and funded by the Italian Space Agency. The next closest cameras were telescopes on Earth, 7 million miles away.

The two cameras that captured the images also powered LICIACube’s self-navigation system, which positioned it to capture images of the asteroids during impact. For 12 hours prior to impact, the microsatellite successfully navigated toward the target without any human control. One minute before collision, it began capturing three images per second while autonomously rotating around the asteroid at a safe distance to witness the collision from different angles.

“These results are a revolutionary step in space technology,” said David Avino, CEO and founder of Argotec. “Our part in the DART Mission has proven that our AI-powered autonomous navigation and target recognition in miniature spacecrafts perform reliably in challenging conditions such as deep space. We will continue monitoring and controlling LICACube in the next years to perform new exciting tasks”

Argotec will fly and take photos from a similar microsatellite, ArgoMoon, on NASA’s upcoming Moon-orbiting mission, Artemis I. It is the only European payload that will fly aboard the Space Launch System. Once ArgoMoon launches, Argotec will be the only company in the world to have two microsatellites in deep space.

Argotec is rapidly expanding, with revenues doubling in 2022. In 2023, the company plans to double its employees, triple its plant area and expand its U.S. presence.

Argotec designs, develops, assembles, and operates space products that combine reliability with top performance. Its products are used by several international space agencies and commercial partners. In addition to its unique microsatellite platform, it provides instruments and services that make life better for astronauts.  Argotec is based in Turin, Italy, with U.S. headquarters in Largo, Maryland. It is rapidly expanding, with revenues doubling in 2022. In 2023, the company plans to double its employees, triple its plant area and expand its U.S. presence.